Why The Additive Manufacturing Industry Needs a New Software Engine

The Additive Industry is in Need of a New Chapter, Just LIke PostScript Delivered to 2D Printing 30 Years Ago. 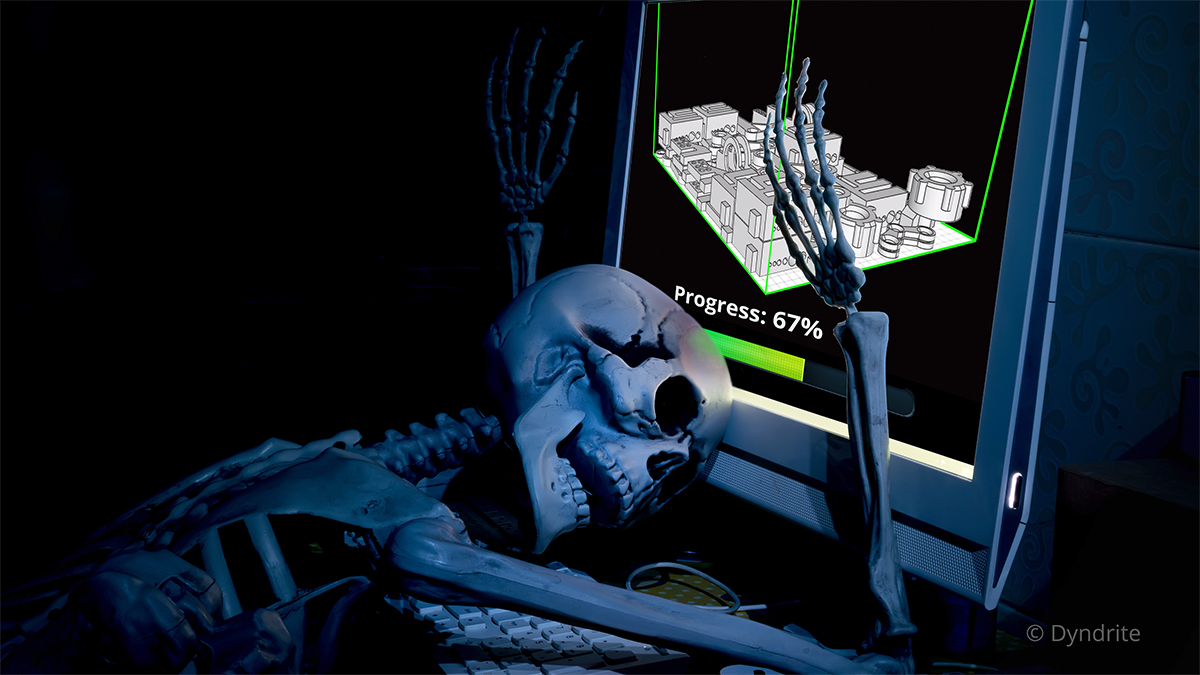 As additive manufacturing struggles to move from a prototyping solution into production-grade manufacturing of parts, it is evident that the features of additive hardware have outpaced the software that drives them. The workflows that exist today limit innovation in part design, slow production, and ignore today’s high-performance computing resources. It also does little to empower the most important component in the process - the people.

Fundamentally what the 3D printing industry needs is very much like what occurred in 2D printing three decades ago: Adobe Postscript, an entirely new approach at the “foundational level”, provided a new technological basis upon which to build higher performing and scalable software and hardware tools. Postscript essentially democratized digital publishing for all.

Prior to 1984, basic software products existed that enabled document creation and output to dot matrix printers, which were prevalent then. However, while output from a dot matrix printer delivered “mockups,” or prototypes, of a flyer, newsletter or magazine, it lacked the speed, repeatability, and quality necessary to qualify as camera-ready art. It wasn’t until the release of the first Apple LaserWriter embedded with Adobe’s Postscript and Aldus’ PageMaker, a desktop publishing application with native Postscript support, that the disruptive vision of “Desktop Publishing” began to emerge. By introducing a new foundation, Adobe fueled not only a revolution of software and hardware in 2D printing, it enabled an entirely new type of user. By democratizing production quality 2D publishing, Adobe unleashed a flood of creativity and industry. Today, Adobe powers printers from small home printers to massive digital printers that not only deliver typeset quality, but similar to 3D printing, can deliver unique mass-personalization products.

Additive customers have long desired better, more capable tools that allow them to break away from the limits imposed by current toolsets - and, as in 2D printing, the file format is a critical component of this toolset. In the 3D printing world, STL is analogous to Bitmap printing on a dot matrix printer and is, in my opinion, one of the biggest barriers to additive manufacturing becoming more mainstream - scalable quality.

Additive end-users seem to agree. In recent surveys of end users producing parts with industrial-grade metal and plastic 3D printers, frustrations about the performance of their additive software were evident. While most users had a general level of satisfaction with their AM software for such elements as overall use and print quality, the majority were dissatisfied with such things as performance when handling large files, frustration over lack of a CAD-to-print workflow, and weariness with the amount of time spent generating, and saving additive-inherent, and typically large, geometries such as lattices, into STLs. Preparing build files directly from native CAD files eliminates one of the biggest complaints within the additive industry, the STL file.‍

When asked, “Do you desire to eliminate the STL file format from your workflows?” 67% responded, “Yes”.

In a further survey conducted during the Dyndrite Developer Council 2020 online event, attendees responded to the question “What is the most important improvement needed in additive software” with 32% indicating improvements in process control, and 30% stating CAD-to-print workflows.

A common stated benefit of AM is the notion that printing a complex part is no different than a simple part. While this is true for the machine output, getting the complex part into the machine often comes at a significant price.

When asked about this issue, over 50% of respondents indicated they were ‘dissatisfied’ or ‘very dissatisfied’ with how their AM software handled large 3D files. Individual comments revealed that this issue results in very slow 3D print preparation times, and loss of momentum in production.

No wonder. Today it’s not uncommon within an STL-based workflow to spend multiple days preparing a build file. Depending on complexity, it could take an additional number of hours, or even days, to then compute or slice these files. Encounter an error, or change, and you are forced to go back to the start and repeat the entire process. Adding insult to injury, STLs often require manual repair processes that slow and in some cases completely remove the potential for automation.

Slow processing times, clunky build prep workflows and lack of process control are all symptoms of the key problem that the industry faces – that legacy kernels, the software built upon them, and antiquated formats are stifling the advance of additive production. The outdated software tools used typically are unable to leverage modern compute architectures such as GPU power, they lack automation, and can’t deliver a true CAD-to-print workflow. This affects productivity, part accuracy, scalability, and prevents new processes from being truly innovative. In summary: The industry has been stuck in the past for too many years.‍

In 2015, a group of mathematicians, computer scientists and mechanical engineers with a belief in the power of digital manufacturing to change humanity, came together with the aim of giving hardware and software innovators an entirely new future-proofed way to create, transform, and transmit 3D geometry data on a computer.

Working in stealth for almost four years a brand-new 3D computing engine that would deliver on the promise of additive manufacturing, and beyond was born. This new platform, developed from a first-principles approach, is designed to take advantage of the very latest in mathematics, geometry types, languages, CPU/GPU computing architectures, and fabrication processes. It would enable the industry to break away from the additive manufacturing status quo, and enable new types of capabilities and services necessary to deliver on the production promise of this new technology.

The Dyndrite Accelerated Computation Engine, the result of this effort, is a new foundation that gives hardware and software companies the power, freedom and control necessary to deliver upon the future of digital manufacturing. This GPU-accelerated software delivers hyper-scalability, python automation and eyebrow-raising performance in ways that helps customers solve the toughest geometry and compute problems on the planet. It enables the creation of tools such as the recently announced HP Universal Build Manger Powered By Dyndrite which delivers a powerful CAD-to-Print workflow that eradicates the issues of STL from the equation. It scales based on customer needs and enables the automation of the entire production process. Additive workflows that used to take hours or days are now reduced to a few minutes or seconds and then repeated over and over.

But this is only the beginning. The ability for developers to quickly and easily create applications on top of Dyndrite will unlock innovation and bring new solutions to market, faster and more efficiently. End-customers will be able to drive their process using GUI-based interfaces or headlessly, via accessible languages such as Python. It means that we’re destined to see an explosion of new automation and interoperability that ushers in a new era in additive software - integrated automation of all workflows, across any process, within a scalable, integrated ecosystem.

It is Dyndrite’s goal to do for 3D printing what Postscript did for 2D - empower high-resolution, superfast, device-independent 3D printing - the technology deserves it. Humanity needs it - we look forward to the next 30 years. 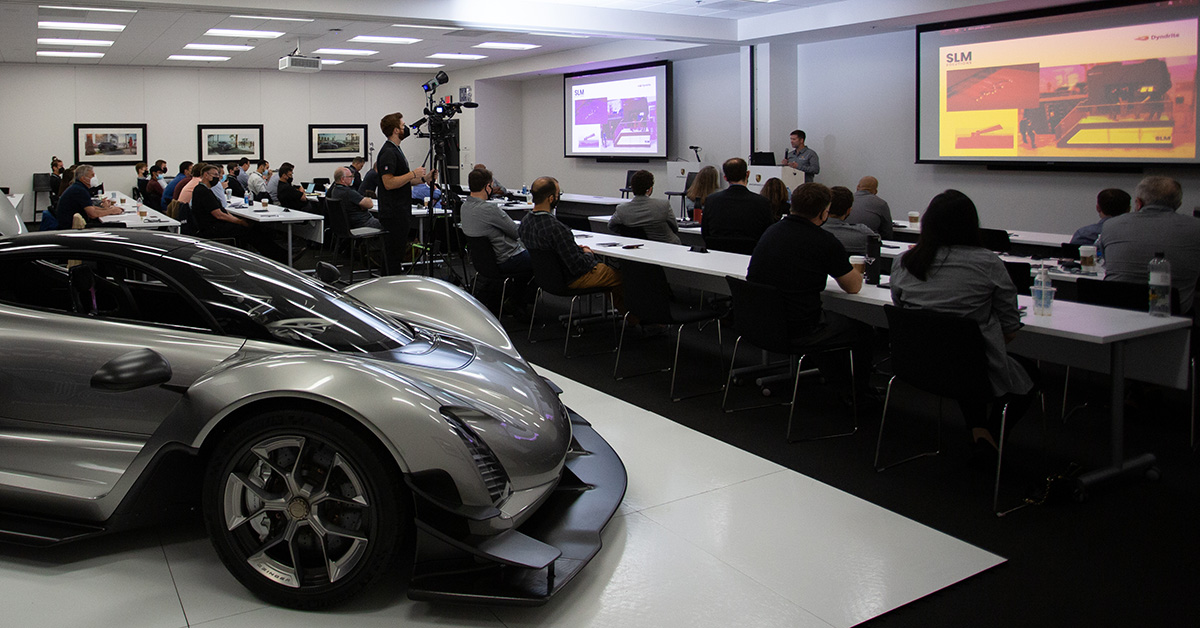