APPLY FOR YOUR INVITATION NOW 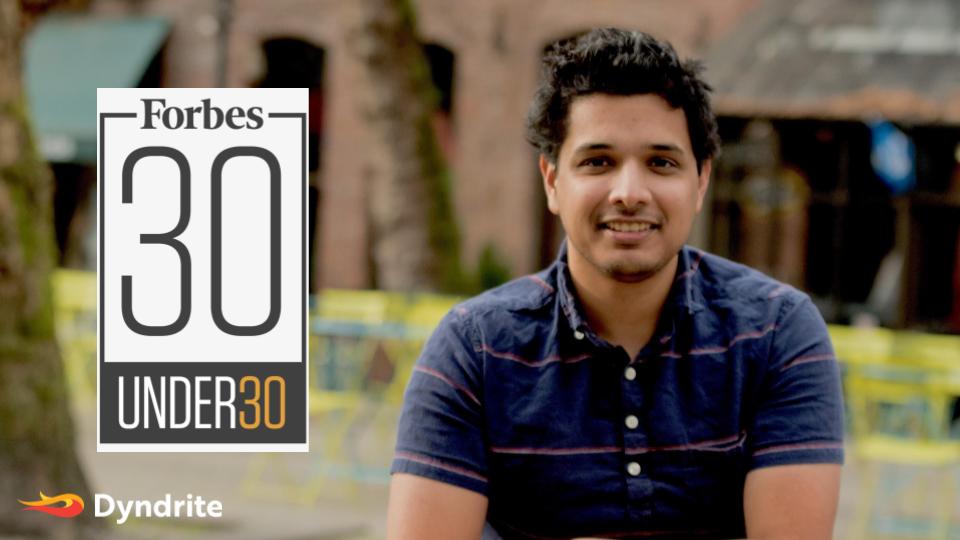 Mr. Goel joins an esteemed group of the world’s most impactful community of young influencers and entrepreneurs making their early mark on the world. A seasoned entrepreneur with multiple degrees in pure mathematics and mechanical engineering from the University of California at Berkeley, Harshil has assembled backers including, Gradient Ventures, Google’s AI-focused Venture Fund, Cota Capital, Amplify Partners, The House Fund, and private investor, former President and CEO of Autodesk, Carl Bass, and a dynamic team of PhDs and industry veterans to disrupt the $12 Trillion dollar manufacturing industry and deliver on the promise of Additive Manufacturing (AM).

“Today’s manufacturing hardware has outpaced the software,” said Harshil Goel, founder and CEO of Dyndrite. “Taking a ‘First Principles’ approach, we set about creating an entirely new software architecture that effectively turns 3D printers into ‘supercomputers’, machines that can easily handle the computations and data explosion that has been slowing the migration to a digital manufacturing era. We’re excited about working with industry leaders to put this technology into the hands of additive manufacturing users worldwide.”

The Dyndrite technology is considered the world’s first GPU-powered geometry engine and is accessible via either a Graphical User Interface (GUI) or Python Application Programming Interface (API). To date, over 15 companies including 3DSystems™, Aconity3D™, Ansys®, Altair®, AON3D™, Aurora Labs™, Desktop Metal™, EOS™, ExOne™, HP®, Impossible Objects™, NVIDIA®, Plural®, Renishaw®, and SLM® Solutions have become members of the company’s Developer Council - a select group of ISVs and OEMs chartered with steering the future development of the Dyndrite roadmap. The company announced the availability of its Early Access Program on Nov. 19th at Formnext 2019.

Dyndrite’s ACE is the world’s first fully GPU-native math and geometry kernel which enables the development of next generation applications and is capable of creating and manipulating models of unprecedented complexity, such as preparing original CAD files for 3D printing. The AMT enables the scripting of interactive applications and workflows that streamline, augment, and automate processes. The full power of Dyndrite is accessible via an integrated Python API providing unprecedented control and customization to developers, engineers, technicians, and fabrication hardware OEMs.